The farmhouse at Riscombe is a mixture of styles, and has clearly evolved over a number of centuries – probably stretching back 700 years. Some 17th century metal windows together with some walls of lath & plaster, and others of cob construction (clay, gravel and straw), suggest that it is at least 300 to 400 years old. However, whilst parts of the present farmhouse date from at least the 17th century, it is quite certain that this site was occupied by the earliest 14th century. We know this because a tax list drawn up in the year 1327 includes the names of John of Rysshcombe and Stephen of Ryscombe. The farm buildings which are now the holiday cottages date back at least two centuries (a 200 year old penny was discovered in the foundations of one building). The buildings which are now the main stable block were built for a dairy herd in 1957. 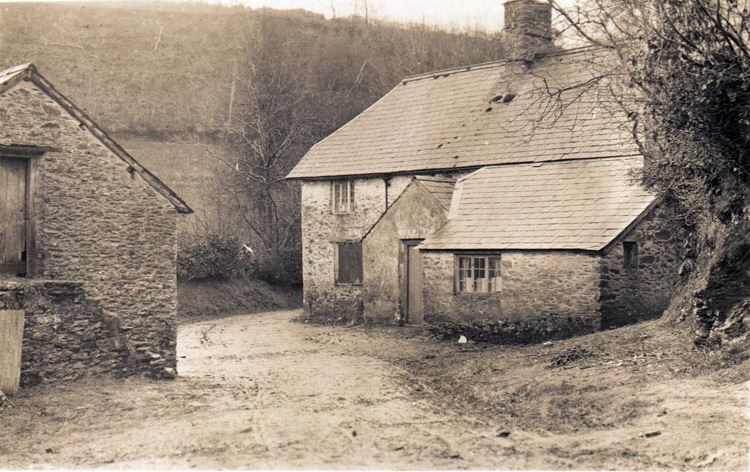 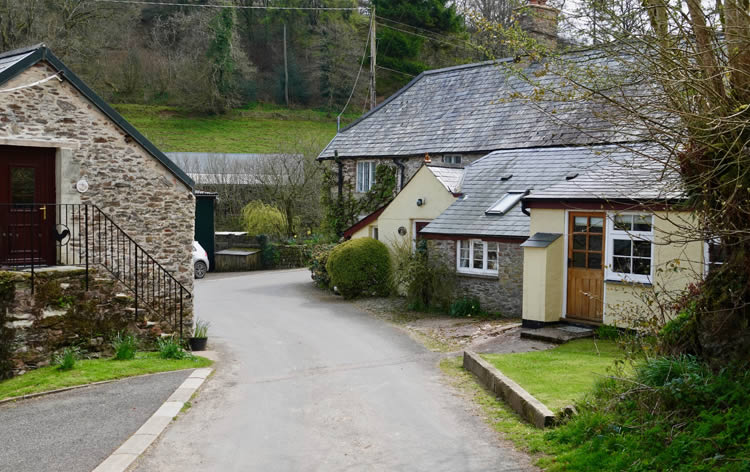 Interestingly, in 1327, although Riscombe fell in the parish of Exford, as it does today, it seems to have been part of the manor of Almsworthy. The exact site of Almsworthy is not known, although it probably lay somewhere in the present area of Westermill Farm or Castle Farm, and must have been relatively important since it was recorded as Edmundesworde (Anglo-Saxon meaning “Edmund’s enclosure or farmstead” ), in the Domesday Book in 1086.

Indeed, we can be confident that Riscombe itself is almost certainly on Anglo-Saxon foundations, because the second part of the place name is an Old English word “comb”, meaning a valley, and must be a reference to the small valley at the bottom of which the present farmhouse stands. We can’t be as certain about the first part of the place name (“Ris”), but it is likely to be a word describing some distinguishing feature about the valley. It is probably also an Old English word, and two possibilities are “hris” meaning “brushwood”, or “risc” which means “rushes”. Therefore, Riscombe may mean either “the valley where the brushwood grows” or “the valley where the rushes grow”.

There are reports that much of Riscombe Farm was burned down in 1792. They state that the site included a “dwelling house, barns, stables, linhays, corn, hay, etc.” The farmer at the time was Mr George Veysey, living with his his wife and four small children. Four of his horses had been poisoned the week before and his brother-in-law, Mr Thomas Greenslade, a neighbouring farmer, stood accused, but was acquitted.

Until 1985, Riscombe was a working farm of some 350 acres. Most of the land was sold to adjacent farms in 1985, leaving Riscombe with only 5 acres. The barns were converted into holiday cottages in 1987. Brian & Leone Martin took ownership in 1994 and moved here in 1995. In 1998 they managed to buy back some 7 acres of adjacent land, including Riscombe (or Edrone) Wood which overlooks the farm, making a total of some 12 acres (4.85 hectares) today. In 2001, a porch was added to Gorse Cottage and the old stone building opposite Heather Cottage was bought back, and in 2003 the roof was rebuilt, the walls restored and round stone pillars constructed, with the support of an ESA grant from DEFRA.

Over the years there were upgrades to the cottages, the outbuildings and the farmhouse. The workshop was rebuilt in late 2004/early 2005, adding a games room and laundry, and in late 2008/early 2009, the whole stable block was renovated and the  games room, laundry and tack room were moved. In 2011, the photovoltaic panels were installed on the stable block and in late 2013 a biomass boiler system was installed in the stable block which supplies all the heating and hot water for the cottages, farmhouse and outbuildings (see more details on being environmentally friendly). In 2014 the farmhouse was renovated, and an extension was added to the west end in early 2016. Also in 2016, the wooden railings on the steps up to the main entrance doors of Bracken and Heather Cottages were replaced by iron railings made by Brian Hobbs & Sons blacksmiths from Minehead – and these include a lovely hen and cockerel design. Similar railings and a matching gate were installed on the steps leading down to the garden of Heather Cottage in 2018  this time made by Pete Henson of Exmoor Welding, Wheddon Cross.

In 2020 during the Covid-19 outbreak we took over ownership, saying goodbye to our family run farm that’s seen the Haye’s generation dating back to 1911 at Great Nurcott, Winsford, to start our new exciting adventure in this lovely setting here at Riscombe Farm.

Laurence Meynell, in his book, “Exmoor” (published in 1953), describes Riscombe farmhouse and its surroundings as “typical” and, in fact, the “essence” of Exmoor.

The historical information was compiled with the help of Dr Nick Corcos of Bristol University, in October 1997, who is an authority on the Carhampton Hundred, which includes this area.